Paul DeMattie is VP of US Sales/East Region & Product Trainer for Crosby. He has worked in the lifting and rigging industry for over 15 years and joined Crosby back in 2009. He graduated from the University of New Haven with a Bachelor of Science in Business Administration, and a master’s degree in Management from Albertus Magnus College.

END_OF_DOCUMENT_TOKEN_TO_BE_REPLACED

Crosby is pleased to announce that Alex Berti has joined the Crosby team as the Managing Director, LATAM.   Alex will lead the Latin America team with focus on continued revenue and margin growth. In addition, Alex will directly service the Central America & Caribbean from his base location in Florida. 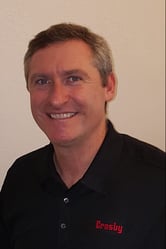 Alex has extensive experience leading diverse sales teams while developing new markets and customers in the Latin America region. He has a proven track record of establishing and maintaining strong relationships with distributors in Latin America and expanding market penetration throughout the region. Prior to joining Crosby, Alex was the Sales Director at Dynamic Safety in Somerset, New Jersey. Alex also served in various sales and marketing roles at Honeywell Safety Business, specifically targeting the Latin America region.

We are excited to welcome Alex to the Crosby team.  Alex currently lives in Florida and previously lived in Venezuela and Uruguay. He speaks English, Spanish, Portuguese, Italian and French and holds a Bachelor of Science in Business Administration from Bryant University in Rhode Island.

END_OF_DOCUMENT_TOKEN_TO_BE_REPLACED

Meet Melissa Phillips, she is Crosby’s Director of OEM sales. Melissa has been with Crosby for two years this upcoming January. Although she was new to the rigging industry, she has over 19 years’ experience in Manufacturing and Sales Management.

END_OF_DOCUMENT_TOKEN_TO_BE_REPLACED 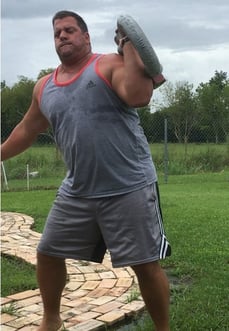 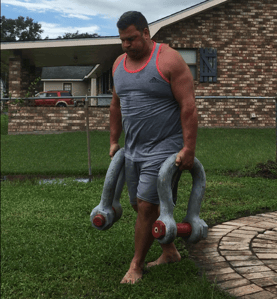 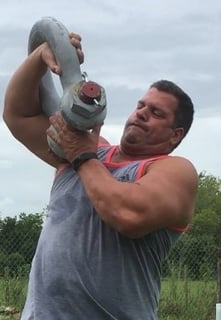 “I’ve been familiar with Crosby shackles for the 22 years of my career thus far. Never had one of the shackles fail on me yet.”

END_OF_DOCUMENT_TOKEN_TO_BE_REPLACED

Who’s got your back in the Crosby-Tulsa plant?

END_OF_DOCUMENT_TOKEN_TO_BE_REPLACED 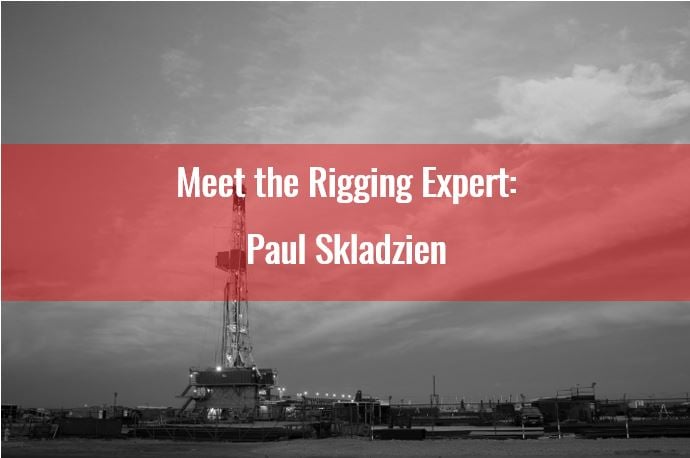 Paul Skladzien has been in the rigging hardware industry for 34 years, most recently with Crosby since 2008. As the District Sales Manager and Product Trainer, Paul is responsible for managing and directing the sales in Oklahoma, Kansas, Colorado, Utah, and New Mexico with many diverse markets. His focus being on the land-based oil and gas markets. He resides in the wonderful city of Wichita, KS with his wife, Valerie.

END_OF_DOCUMENT_TOKEN_TO_BE_REPLACED

Colin has been in the lifting and rigging industry for over 30 years. After graduating from college with a business degree he started in sales, selling industrial lighting. It was a natural transition to move to rigging since he was always looking up. 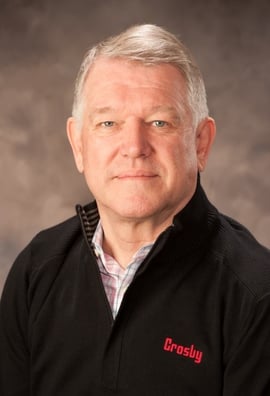 Colin is our Vice President of Sales for Canada and is celebrating his 10th anniversary with Crosby this year. What he loves most about the industry is that it is infinitely changing. Each day brings a new challenge and new opportunity.

The lifting and rigging industry has given him the chance to go underground at an iron ore mine, 300 feet over center field at the Roger’s Centre (home of the Toronto Blue Jays) and all points in between. He has had the opportunity to see Crosby products in action all over Canada.

“It is a great feeling to sell and be associated with such a well-respected brand and quality product.”

To have the knowledgeable, and experienced technical team at Crosby behind him gives him the confidence to hit the road and promote such a strong, industry-leading brand. 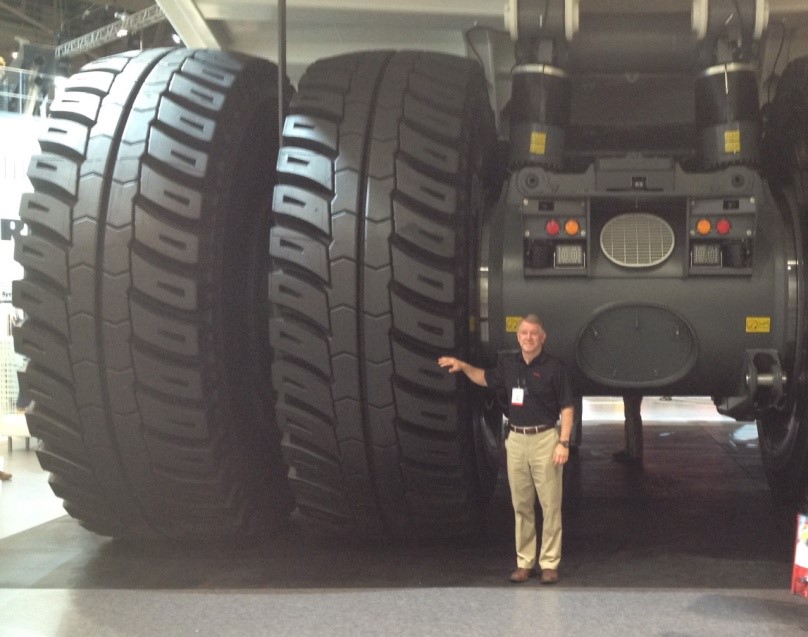 [Colin at a mining expo in Las Vegas, Nevada]

Colin has enjoyed working with all of Crosby’s strategic partners during his rigging career, and he looks forward to continuing to promote the Crosby brand.

END_OF_DOCUMENT_TOKEN_TO_BE_REPLACED 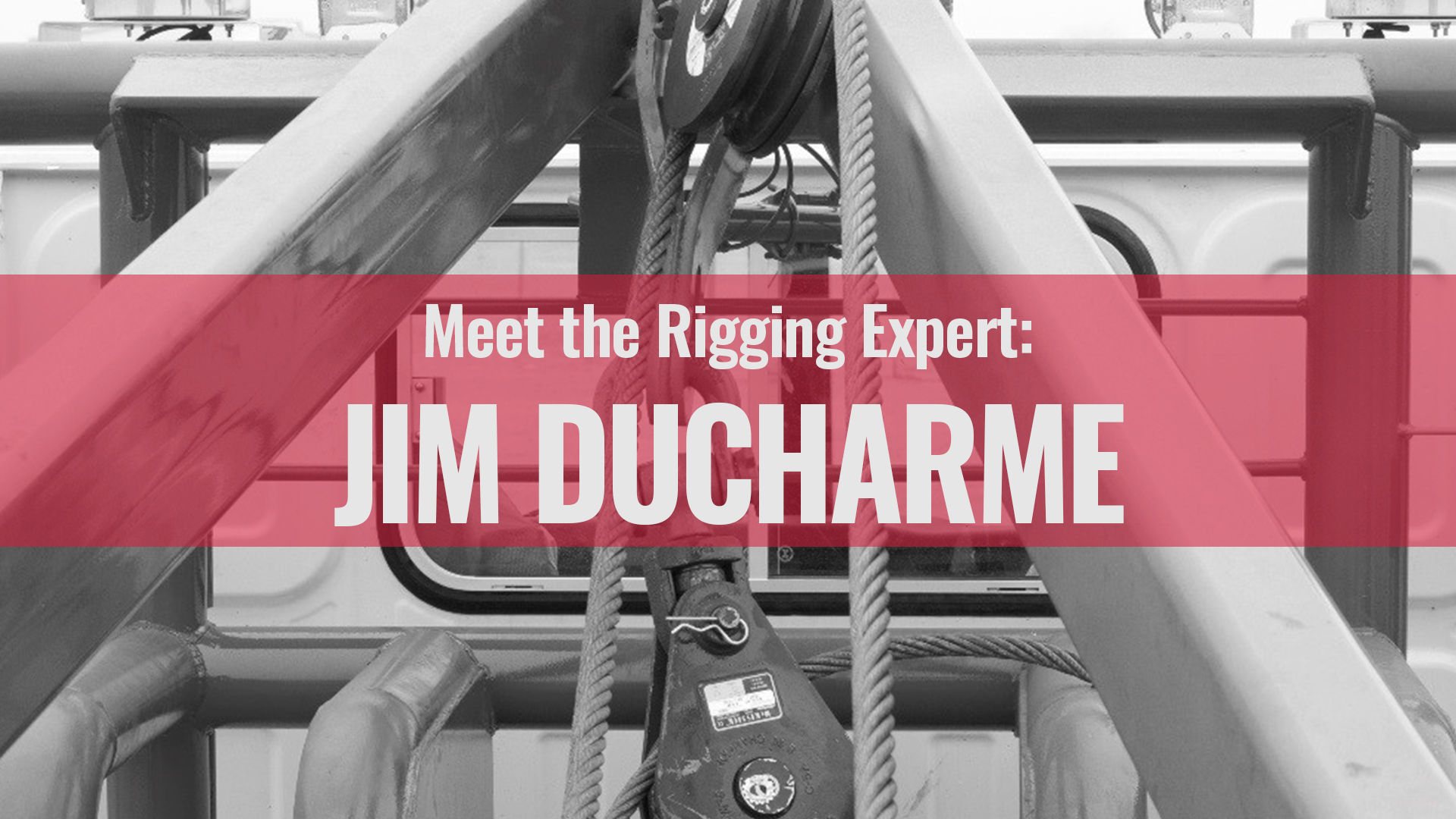 Jim DuCharme is the District Sales Manager and Product Trainer for Crosby overseeing the West Coast of the United States. He considers himself to be the luckiest of all Crosby salespeople, from a territory perspective. Jim has had the opportunity to sell Crosby products in the beautiful states of: California, Hawaii, Alaska, Arizona, Washington, Oregon, and Nevada.

In Jim's free time, he enjoys playing golf, cooking, and traveling with his wife, Kelly. 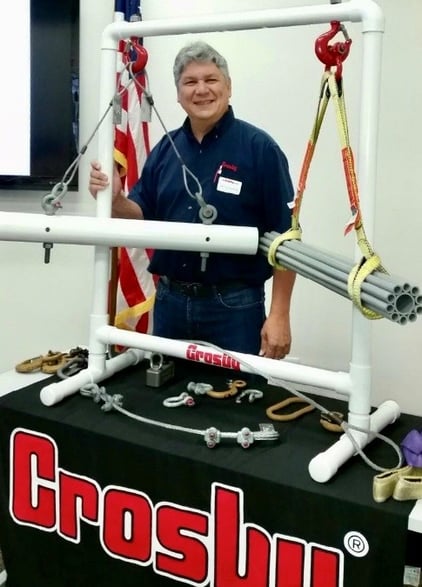 [Jim DuCharme at a training in Port Hueneme, CA]

Jim has been in the rigging industry since 1986. He has been a part of the Crosby team for over 10 years, joining in March of 2008. His true passion for the rigging industry is with the training. Jim enjoys the challenges of questions he receives from training attendees, and seeing the reaction when someone discovers something new, is always inspiring.

“What I like about Crosby, is that we are the complete package. Crosby doesn’t just sell the product then walk away. We offer support long after the product is in use.”

Why He Loves Training
Immediately after a Crosby RTD (Rigging Trainer Development) class that Jim lead a few years back, he was met by one of the attendees who wanted to personally thank him for the class. The training had a powerful impact on the attendee, as he was involved in a previous accident from a dropped load. It did not result in any injury or damage, but it was a near miss (just inches) from a man on the ground. The Crosby training class taught him why he made the initial mistake, and was relieved that he would never repeat it again.

“It is a great feeling knowing that I am part of something (Crosby Value Added Training) that could make a serious difference in people’s lives.”

END_OF_DOCUMENT_TOKEN_TO_BE_REPLACED 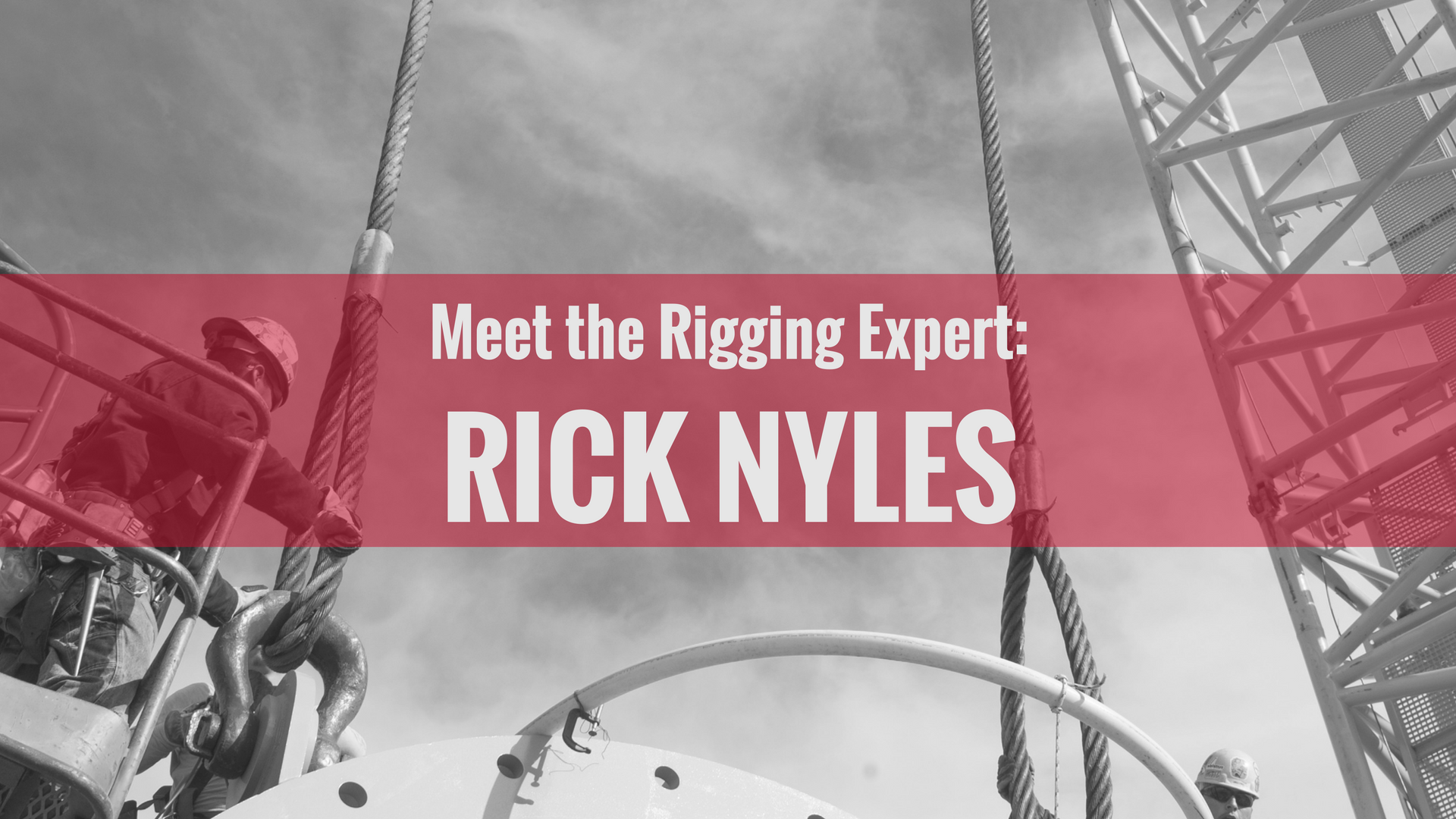 Rick Nyles has been a part of the rigging business for 30 years. He first entered the industry as a Design Engineer and soon found his expertise in Sales, Marketing, and Training. He has been an active member of AWRF in the past, as well as served on their technical board. He is currently a District Sales Manager and Product Trainer for Crosby, where he covers the mid-Atlantic territory for the company.

END_OF_DOCUMENT_TOKEN_TO_BE_REPLACED

Previous All posts Next