A 6.5t capacity wireless loadshackle from Straightpoint, which is based on a Crosby G2130 shackle, was used to measure loads during competitors’ climbs at this year’s International Tree Climbing Championship (ITCC). The competition took place this summer at the U.S. National Arboretum in Washington, D.C. 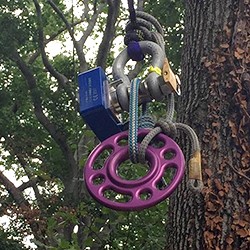 More than 60 of the world’s best male and female professional tree climbers, representing 13 countries, competed for the title of World Champion. The International Society of Arboriculture (ISA) provides training and education on safe work practices for tree care providers. Organized by ISA and presented by The Davey Tree Expert Company, the event was free and open to the public.

The Straightpoint Wireless Loadshackle was used in the Ascent Event, which tests a competitor’s ability to efficiently and safely use their selected and approved ascent system. The event evaluates competitors’ efficiency in attaching the system to the ascent line(s), climbing to the bell, and transferring into a descent system. Points are earned for speed as well as for meeting predetermined safety objectives. 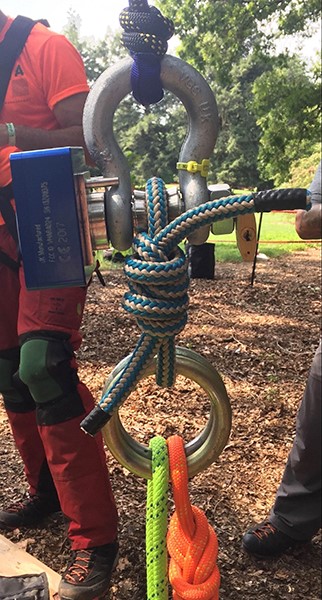 The loadshackle was installed between the haul rope and the rigging hub. The ascent lines are connected to an attachment point, controlled by a ground technician using the haul line. Additionally, an overhead belay system secured competitors while aloft.

Dr. Brian Kane, Professor of Arboriculture at the University of Massachusetts in Amherst, was collecting data as part of an ongoing research project supported by the TREE Fund, which works to sustain the world’s urban forests by providing funding for scientific research, education programs, and scholarships related to arboriculture and urban forestry.

You can learn more about ISA here: https://www.isa-arbor.com/

You can also learn more & donate to the TREE Fund here: https://www.treefund.org/ways-to-give

Learn more about Crosby Shackles by downloading the Shackle 101 & 201 eBooks!